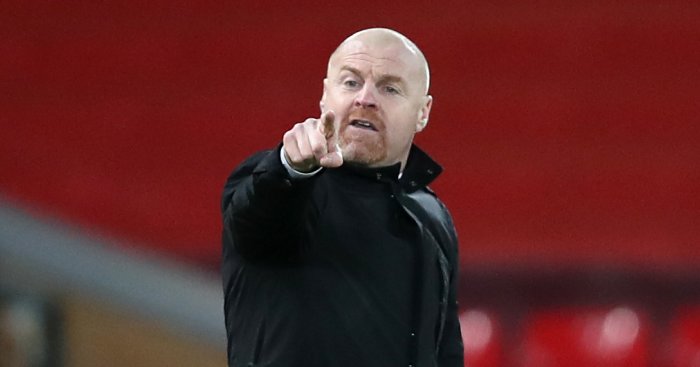 Sean Dyche believed Burnley’s “diligence” helped them get all three points against Liverpool at Anfield.

Burnley became the first team to beat Liverpool on their own turf in the Premier League since April 2017 by claiming a 1-0 win on Thursday night.

Ashley Barnes scored a penalty in the 83rd minute to make the champions pay for failing to score once again.

Much of the focus in the aftermath has been on the impact on Liverpool’s title hopes, but the result was significant for Burnley at the other end of the table too. They are now seven points clear of the relegation zone.

Things are looking up again for Burnley after a shaky start to the season and the win at Anfield showed what they can do when they get their approach right.

They played exactly the way Dyche wanted them to, showing character at the back to keep Liverpool out before earning the right to win.

Indeed, the manager was impressed with the way they worked to get the result.

He told Sky Sports: “We did the basics very well. Diligence to see jobs off. Popey [Nick Pope] has still had to make good saves.

“I always believed in the side to find a moment. We had a few. Barnesy got the penalty and slotted it away well.

“There is a way a game works out and you can see the patterns sometimes. You just worry a block lands to their players, it didn’t feel like that game.

“They were probing but our shape and diligence was excellent. The will of the keeper and defenders to keep a clean sheet. And the strikers too. You defend from the front.”

Heading to take on the reigning champions could have been a daunting task for many clubs at the lower end of the league, but not for Burnley.

Dyche denied suggestions that they could have lacked belief going into the game – admitting it is sometimes talent instead that is missing.

He insisted: “We don’t lack belief. We lack a bit of talent sometimes but not belief.

“When we get it right as a structure and a unit, doing the basics, it keeps you in a game and then you have to find a way to win it.

“We were close to winning here last season. It doesn’t mean we will win tonight. But we took on a game plan the best way we could.”