Treble-winner Teddy Sheringham has taken a dig at Paul Pogba and feels Manchester United would be better off without him at the club.

Pogba’s future at Old Trafford has been the subject of many column inches over the past few years. The France international has appeared to be on the verge of leaving many times only to find some form and show commitment to the club. But, after a stellar showing for Les Bleus at Euro 2020, his name has once again cropped up as a possible United exit.

Ligue 1 giants Paris Saint-Germain are thought to be eager to land him before the start of next season. And it was reported earlier this week that his representatives have begun speaking to the French giants over a possible transfer.

He has also been linked with Real Madrid but the PSG connection seems strong. One man who would not be sad to see the back of the ex-Juventus man is Sheringham.

The 55-year-old spent four seasons at the Theatre of Dreams and left with multiple trophies. He was part of the famous side that won the Premier League, FA Cup and Champions League in 1998-1999.

And in total the former England forward collected three Premier League winner’s medals. He is still an interested observer of all things United.

And the ex-Tottenham frontman pulled no punches in his views on the schemer.

“It’s a funny situation, isn’t it?” he told The United Stand. “He’s got a year to go and could go on a free and go and get himself an absolute fortune – as if they don’t earn enough money now.

“I think if United or Ole got vibes that’s what he was trying to do, I’m sure he’d try to sell him now and get as much as he could for him.

“Whether that’s the right thing or the wrong thing. He’s sometimes played in midfield and sometimes been left out, but if you’re a top player you don’t get left out.”

Pogba returned for a second United stint in August 2016. He was brought back on the basis that he still had plenty of untapped potential and unfinished business at the club.

There have been glimpses of the talent he has shown for France but never enough consistency. And it may be best for all concerned if he did join the Parisians. 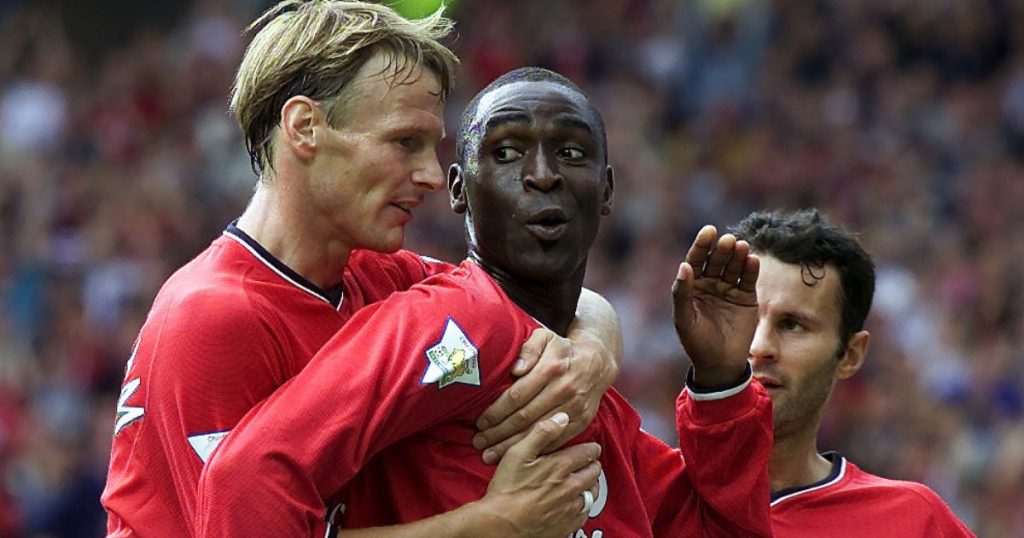 Former United chief Jose Mourinho famously fell out with the 28-year-old and was vocal in his criticism. And Sheringham seems to be in agreement with the Portuguese.