Nairobi City stars defender Abdalla Salim, commonly referred to as Shittu, believes his team has what it takes to finish in the top five in the Football Kenya Federation (FKF) Premier League.

The former AFC Leopards defender scored as his team drew 1-1 with Gor Mahia in a pre-season friendly played on Saturday at Jamhuri Grounds. Earlier on, Simba wa Nairobi had lost by a solitary goal to Posta Rangers with Ezekiel Okare scoring the lone goal.

Having made a return to the Kenyan top-flight football, the towering defender is confident his new team will make a statement.

“As a team, we are delighted to make it back to the FKF Premier League,” Shittu told Goal on Sunday.

“The team is very much prepared and we want to start the season on a high. From the preparations we have had in the pre-season, I am confident we are ready to dine with the big boys.

“The target in our first season is to finish in the top five; it is a realistic target which I am sure we will achieve.”

The 26-year-old defender has also expressed his feelings after playing a huge role in helping his team finish top of the National Super League (NSL) and get promotion.

“I am delighted and excited to be back because I believe it is where I belong,” Shittu continued.

“I joined City Stars because they were ambitious and their goal matches mine, it was an easy decision. Now that we have achieved our first objective, we want to go all the way and offer a stiff challenge.”

Simba wa Nairobi promotion gives a chance to the defender to play against his former team Ingwe.

“I respected their decision to let me go and no hard feelings,” the experienced centre-back continued.

“There is nothing to prove, I have a new team right now and my objective is to help them have a better season.”

The FKF Premier League is set to start next weekend. Simba wa Nairobi will be at home against Nzoia Sugar in their first game before they play Zoo FC.

Sun Nov 22 , 2020
Chris Wilder admitted that he needs to take responsibility for Sheffield United’s poor start to the season – but insists there is a long time left. The Blades had a successful first season back in the top flight last year, but have not won any of their opening nine games […] 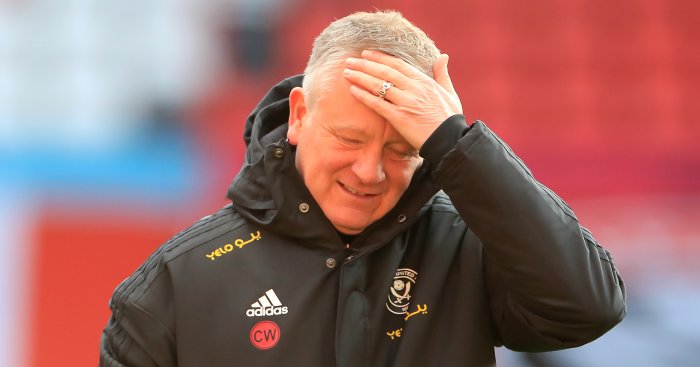