What does it take to join the Hall of Fame?

Firstly, I think it’s important to say that there are no specific criteria to be in the Hall of Fame. Rather it is decided by a committee of NBA executives, Hall of Famers and members of the media. A player must receive 75% of all votes in favour of them joining the Hall of fame. However, this process can be controversial and has lead to some Hall of Famers who aren’t worthy of the achievement.

Taking a look at his achievements, there’s no prizes for guessing which end of the floor he excelled at. Of his 9 seasons on the Detroit Pistons, he won DPOTY an insane 4 times. This is the most of any player in NBA history and he shares this record with Dikembe Mutumbo.

On top of this, he was on the All Defensive team 6 times, a 2 time rebounding champ and he led the league in blocks in the 2001-02 season. He was one of the best defensive players in league and was at the heart of the Pistons defence. While Wallace was on the Pistons, they never ranked lower than 8th in defensive rating. But what makes his defensive accomplishments even more impressive to me is that he was only a 6’9 centre. He was shorter than virtually every centre he played against so how did he get an advantage over his opponents? He did this by being strong, incredibly strong.

It was rumoured that he could bench press 460 pounds, which is more than Shaq and not far off what Wilt Chamberlain could bench press. With his formidable strength, it made him one of the few players who could guard Shaq and he’s likely the best defender Shaq ever faced, other than maybe Yao Ming or Dikembe Mutumbo. And despite Wallace never winning a ring, he was selected for 4 consecutive All Star games while on the Pistons.

Thank you so much for reading my article and feel free to read another below!

What has happened to Kristaps Porzingis?

Real Madrid on US TV: How to watch and live stream La Liga matches

Sat Nov 21 , 2020
Zinedine Zidane’s team continues their title defence this weekend with an away trip to Villarreal Real Madrid is the most successful club in Spain, having won a record 34 Liga titles, and is looking to add another championship this season. Live Stream: Fanatiz English (stream now) Zinedine Zidane’s team saw Cristiano Ronaldo […] 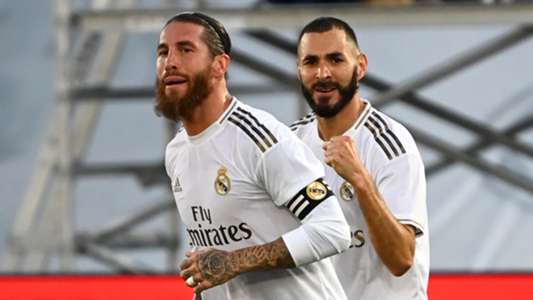