Wigan Athletic have announced the extension of Viv Solomon-Otabor’s contract until January 2021.

The 24-year-old moved to the DW Stadium last month on a short-term deal after his contract with Bulgarian side CSKA Sofia had ended.

Solomon-Otabor came at a time when the Latics had faced the agony of relegation from the Championship after going into administration and having 12 points deducted.

Wigan began life in the English third-tier on a bad note with defeats against Ipswich Town and Gillingham. Things however changed in the next match against Portsmouth which they won 2-1 away from home followed by a 1-0 home win over Doncaster Rovers in their most recent match.

Solomon-Otabor has played in all these matches, providing an assist in the defeat by Gillingham and the Doncaster victory. The ex-Birmingham City player has also played once in the EFL Trophy, featuring for the first 45 minutes in a 6-1 win over Liverpool Under-23. He also played from start to finish in Wigan’s 3-2 defeat by Fleetwood Town in the first round of the EFL Cup.

All these were good enough for the Latics to give Solomon-Otabor an extended stay at the DW alongside English midfielder Dan Gardner who arrived on the same day as the Nigerian.

Solomon-Otabor was born in the British capital of London and began his senior career at Birmingham City, featuring 40 times in all competitions between 2014 and 2019, netting two goals.

In his time at St. Andrews, he was the recipient of the 2015-16 Birmingham City Young Player of the Season award.  He was also loaned out to Oxford City, Bolton Wanderers, Blackpool and Portsmouth.

His most productive loan spell was at Bloomfield Road where he appeared 47 times, scoring five goals and six assists.

Solomon-Otabor was called up to the Super Eagles squad in October 2019 as a replacement for Bordeaux’s Samuel Kalu ahead of a friendly with five-time world champions Brazil in Singapore. He was, however, an unused substitute for the match which ended 1-1.

Tue Oct 6 , 2020
South Africa Chief Editor Last updated 07:18 Backpagepix The left-footer endured a frustrating two years at Chloorkop due to his limited game time but the Citizens have now come to his rescue Aubrey Ngoma has officially returned to Cape Town City from Mamelodi Sundowns.  More to follow… Source of the […] 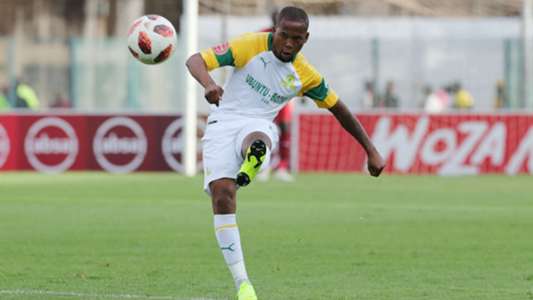