Manchester United’s hopes of signing a defender in the January transfer window have been handed a boost after it was claimed one of their reported targets ‘dreams’ of a move to Old Trafford.

United have struggled defensively this season, conceding 14 goals in seven games. They have also only managed one Premier League clean sheet so far.

Harry Maguire and Victor Lindelof have partnered each other in six of those games, while Eric Bailly replaced the latter in the Red Devils’ 6-1 defeat by Tottenham.

And while Ole Gunnar Solskjaer has already insisted he is happy with his central defensive options, it is no secret he had hoped to sign one during the summer.

The likes of Pau Torres, Nathan Ake and Dayot Upamecano were linked but none of them arrived.

However they could look to get a deal done in the upcoming January window, particularly if they continue to be open at the back.

Another thing that could tempt into doing business this winter is the possibility of signing Bayern Munich’s Niklas Sule.

The German defender was a regular for the Bavarians for two season after moving from Hoffenheim in 2017. But injuries and fitness issues limited his game time in 2019/20 and his place in Hansi Flick’s line-up is now far from certain.

He has started three Bundesliga games this year, but has also been benched for three too.

Should his game time continue to decrease, United could choose to revisit their interest in the 25-year-old. United previously approached Bayern regarding his availability in 2019.

A player of Sule’s quality will also want to be playing regularly and is unlikely to settle for being in rotation.

What’s more, a report in Bild (via the Daily Mirror) claims that Sule ‘dreams’ of playing for the Premier League giants, boosting their chances of landing him.

It is unclear how much Bayern would want for Sule or whether they would even be prepared to sell.

They are in a strong position to keep hold or demand a handsome fee though as he still has over 18 months to run on his contract.

Fri Nov 20 , 2020
Th e Nigeria international came back from an injury problem to play a crucial role in his side’s victory at Roazhon Park Samuel Kalu provided an assist on his return from a hamstring injury to help Bordeaux secure a 1-0 win over Rennes in Friday’s Ligue 1 game. The 23-year-old […] 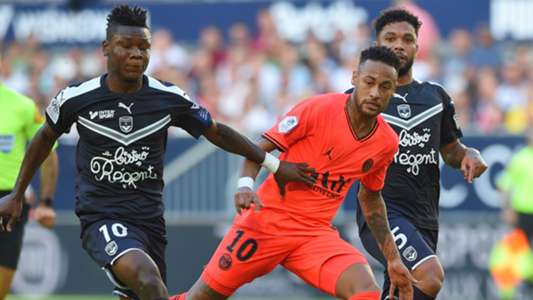