Manchester United boss Ole Gunnar Solskjaer has revealed that Paul Pogba was not in the squad to face West Brom due to a new training injury.

Solskjaer revealed the news ahead of kick-off at Old Trafford, when Bruno Fernandes was once again United’s hero.

“Paul’s got a knock in the last game,” Solskjaer told MUTV before kick-off against West Bromwich.

“He started feeling it yesterday before the session and he couldn’t carry on. Hopefully he’ll be OK for Tuesday but we don’t know.”

Injury has proved a key barrier for Pogba since the start of last season. The 27-year-old suffered two separate foot injuries last term that severely restricted his game time.

And while he showed impressive form after the Premier League’s restart, he has continued to struggle for minutes. What’s more, that struggle has led to him speaking out on his recent off-field difficulties.

But despite the plethora of midfield options that are now at Solskjaer’s disposal, the manager will be hoping he can add the Frenchman back into his ranks at the earliest possible date.

For now, though, Solskjaer said he felt pleased to earn three points against West Brom on Saturday. The Red Devils did not put in their best performance, in a match which VAR dominated.

Not a step forward for Solskjaer

“We played really well against Everton last time and that was a performance I was really happy with.

“This one is way below par but we got the first win and sometimes the three points are more important than the performance, even though we know to get points and to move up the table we have to play better.

“After an international break it’s never easy because we’ve not really had time to prepare for the game.”

Sun Nov 22 , 2020
The defending PSL champions return to action against a tricky Usuthu at Loftus Versfeld Mamelodi Sundowns would be keen to reclaim Premier Soccer League (PSL) top spot when they host AmaZulu on Sunday. Victory for the third-placed Brazilians will see them return to the summit of the table and dislodge […] 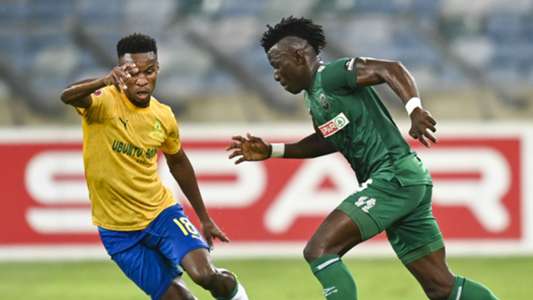