Premier League side Southampton have confirmed the departure of Sofiane Boufal to Ligue 1 club Angers.

The winger completed his move to the Black and Whites on a free transfer, despite still under contract with the Saints until the summer of 2021.

The St Mary’s Stadium outfit has, however, retained a sell-on clause on the Morocco international.

The Saints have appreciated the forward for his contribution to the club during his stay with the side and wished him the best in his future endeavours.

“Sofiane Boufal has completed a move to French side Angers, Southampton Football Club can confirm,” read a statement from the club website.

“The club would like to wish Sofiane well for the future, as well as thanking him for his efforts during his time here.”

Wishing @sosoboufal19 luck for the future, as he departs #SaintsFC on a transfer to @AngersSCO:

Boufal started his career with Angers, teaming up with the youth team in 2012 and made 46 league appearances for the first team before his switch to Lille in 2015.

The winger delivered impressive showings during his one-year stay at Stade Pierre-Mauroy, scoring 14 goals in 43 games.

His performances earned him a move to Southampton, joining the Premier League side on a club-record fee of £16 million in the summer of 2016.

Boufal made 84 appearances and scored five goals across all competitions during his four-year stay at St Mary’s Stadium before his departure.

The winger could make his first appearance for Angers on his return to the club when they face Metz after the international break on October 18.

Boufal has 16 caps for the Morocco national team since he made his debut against Cape Verde in the Africa Cup of Nations qualifiers.

The 27-year-old will be expected to play a prominent role for the Atlas Lions during their Afcon qualifying games.

Tue Oct 6 , 2020
The Mwanza-based charges have scored two goals in their last five matches and collected four points in the process Gwambina FC head coach Mwinyi Zahera has revealed the team will be in the market for strikers. The promoted side has struggled in the striking department and in the five matches […] 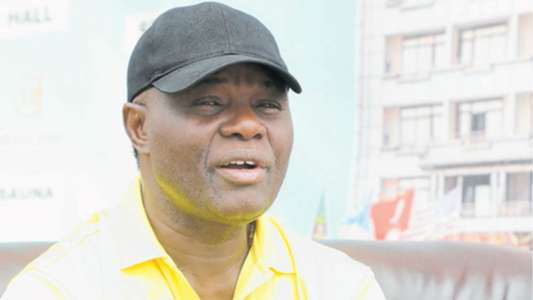