Gareth Southgate was impressed by Dominic Calvert-Lewin’s goalscoring debut for England in their 3-0 win against Wales on Thursday.

Calvert-Lewin headed in the opening goal of the friendly at Wembley, with Conor Coady and Danny Ings also getting in on the scoring – all three men finding the net at international level for the first time.

With nine goals in six games in all competitions for Everton, the 23-year-old striker has had an excellent start to the season, and while Southgate is pleased with his work off the ball, his ability to find the net completes the package.

“Really good, he had excellent presence, his runs are a threat, he presses well and he took his goal well,” the Three Lions boss said in a post-match interview with ITV.

“I thought he could be really pleased. I think he is in a really good vein of form. He’s an all-round centre forward. I’ve always liked his general play but it’s the goals that are making him another level of player.”

Aston Villa star Jack Grealish made his first start for England and registered his first assist when he sent the cross in for Calvert-Lewin to nod past Wales goalkeeper Wayne Hennessey from close range.

“His work with the ball was very good,” Southgate said when asked about the 25-year-old’s performance.

“We know he draws those fouls, he’s comfortable receiving the ball in tight areas and again it was a debut he could be really pleased with.”

They return to UEFA Nations League duty on Sunday with a game against Belgium, followed by a visit from Denmark on October 14.

Southgate is happy with another victory but admits his side had some difficult moments against Ryan Giggs’ team.

“I thought the players did very well,” he added. “It’s so difficult for a new team to come together without much experience.

“It was not fluid at the start but we got more and more into the game, the players saw the tactical problems that Wales posed to us when they were pressing and I thought we finished strongly.”

Thu Oct 8 , 2020
Norway 1-2 Serbia Haaland and Odegaard miss out Norway 1-2 Serbia. It has been labelled a golden generation for Norwegian football, yet neither Erling Haaland nor Martin Odegaard will be present at the 2021 European Championship after Serbia and Sergej Milinkovic-Savic shut the tournament door for the Scandinavian side. Lazio’s midfielder […] 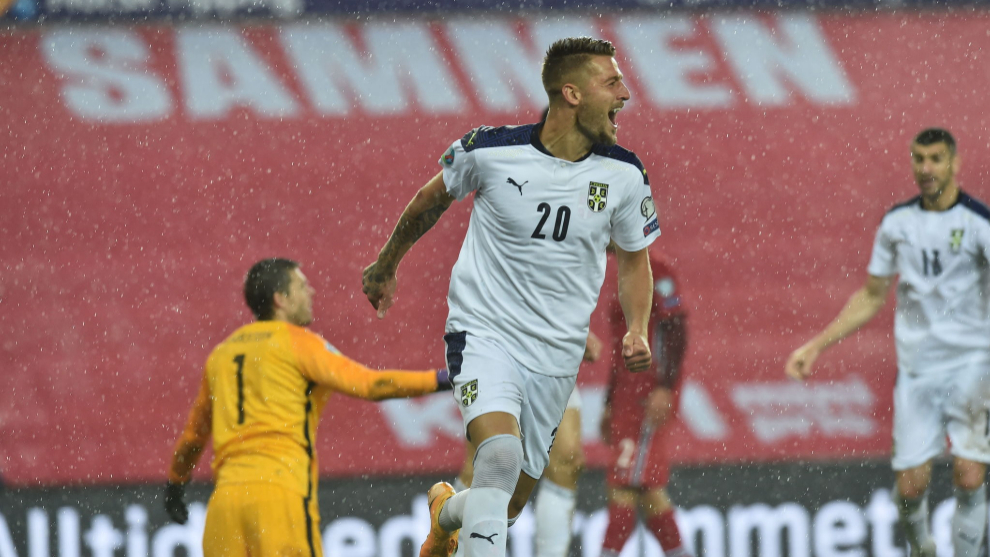