England boss Gareth Southgate says Jadon Sancho and Tammy Abraham will be available for Sunday’s clash with Belgium after breaching Covid-19 rules, but Ben Chilwell is still a doubt.

Borussia Dortmund’s Sancho and Chelsea duo Abraham and Chilwell were all called up for the Three Lion’s latest round of international fixtures after strong starts to the new club season.

However, the trio were filmed attending Abraham’s 23rd birthday party at his mansion in London on Saturday, in clear violation of the “rule of six” designed to contain the spread of coronavirus across the country.

The Blues striker issued a public apology for the incident despite claiming to have had no prior knowledge of the event, and Sancho posted a similar message via his social media accounts.

However, Southgate ultimately decided to leave Abraham, Sancho and Chilwell out of a friendly clash with Wales on Thursday, explaining to reporters: “We do have an issue with the Covid guidelines and making sure any player that comes in is as lower risk as possible.”

England stormed to a 3-0 victory over Wales at Wembley thanks to goals from Dominic Calvert-Lewin, Danny Ings and Conor Coady, warming up nicely for Nation’s League showdown against Belgium at the weekend.

The Three Lions are also due to take on Denmark next Wednesday, and Southgate has now confirmed that he will welcome Abraham and Sancho back into the squad ahead of those fixtures.

The 50-year-old head coach also revealed that Chilwell will not be allowed to join up with the rest of his team-mates at international level just yet, with the Chelsea full-back currently displaying mild Covid-19 symptoms despite posting a negative test during the latest round of medical checks.

“Tammy and Jadon have trained independently. That’s with us but in isolation this afternoon. All three players have tested negatively,” Southgate told reporters after watching his side record their first win at Wembley in 2020.

“Ben has had some illness which we think is minor but as a precaution, we kept him separate from the group at the moment.

“So there’s probably a small chance that he won’t be with us for UEFA testing which should rule him out on Sunday. But, Jadon and Tammy will be available for that.”

Southgate warned that his players must remain vigilant at all times as football continues to adapt to a post-coronavirus landscape or else risk losing their place, before praising England’s latest set of debutants for an impressive display against Ryan Giggs’ Dragons.

“When you have got the shirt or the place in the squad, then you don’t want to allow other people the opportunity to take it.

“Whenever we give debuts or whenever we get guys who deserve their chance for time on the pitch. It is time to grab their place and push themselves up the pecking order a bit.

“Several did that tonight and there is competition for places, not just with the squad we named but other players just outside of that. The depth, compared to Ryan’s tonight, really made the difference.”

Young: I would walk from Italy to make Watford return

Fri Oct 9 , 2020
The 35-year-old has been a regular at Inter since his arrival in January, but he would love to go back to where his career began Ashley Young says he would “walk from Italy” to Watford were he offered the chance to return to the club he started his career with. […] 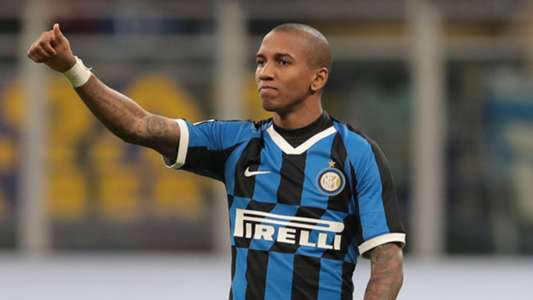