Zambia head coach Milutin ‘Micho’ Sredojevic has revealed why he left Clatous Chama and Obrey Chirwa out of the squad for the Kenya and South Africa friendlies.

Simba SC’s Chama and Chirwa of Azam FC were excluded from the final squad after they failed to link up with the team before Tuesday. Although Chama has come out to defend himself for his failure to join the rest of his teammates, Micho has sent a new warning.

“We are having a situation where I have always looked like a nice guy in front of you. I have always tried to be a generator of positive energy,” Micho said in a statement on Faz Facebook page.

“However, all life and I am living 20 years in Africa under the four pillars of my survival in African football.

“The first pillar is iron discipline, second pillar absolute order and organisation, fanatical work followed by science and fourth pillar is family atmosphere based on the good, in this case, Zambian tradition based on respecting and being respected.

“We have been flexible and set the flights for Monday evening, they missed the flight and now they are asking to come on Wednesday and whatsoever.”

The former SC Villa coach further stated why he could not take the excuses from the Mainland Premier League duo.

“When someone comes from Russia 10,000 kilometres away and someone is here bordering with us, with all due respect based on that first pillar that I told you, iron discipline, I could not allow,” he added.

“With my unilateral decision supported by this institution, I have decided that I remove from these matches until further notice is given to gentlemen whose name is [Chama] Clatous and [Chirwa] Obrey.”

Micho will, however, have other stars from the African leagues that include Kabaso Chongo and Tandi Mwape both of TP Mazembe and Gampani Lungu of SuperSport United.

The coach revealed Black Leopards striker Mwape Musonda was excused to go and seal a big-money move in the United Arab Emirates.

Evans Kangwa and Kings Kangwa both of Arsenal Tula, Edward Chilufya of Djurgardens, K.O Ostende’s Fashion Sakala and Lubambo Musonda of Slask Wroclaw are players who are available from European leagues.

How I recommended Zungu to Rangers FC - Benni McCarthy

Wed Oct 7 , 2020
The 27-year-old secured his season-long loan deal to Ibrox from Amiens with an option for a permanent stay at the end of the season Bafana Bafana legend Benni McCarthy says he recommended Bongani Zungu to Rangers when they called him up to ask about the player.  According to McCarthy, Rangers […] 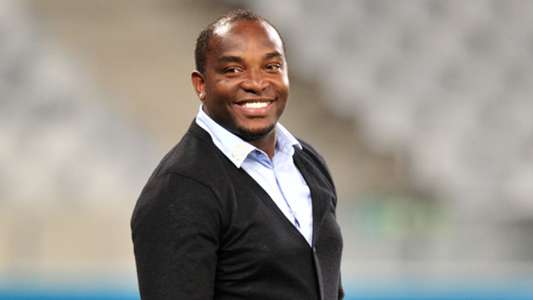