Former world No. 1 Gustavo Kuerten says Greek tennis star Stefanos Tsitsipas enquired earlier this year if he was interested about coaching him but he politely rejected the offer. Tsitsipas, ranked at No. 6 in the world, claimed the biggest title of his career at the end of the last season when he beat Dominic Thiem in the final at the Nitto ATP Finals.

The Greek entered this season with the goal to win a maiden Grand Slam title. “For Tsitsipas, it’s a new step forward. He call me back in the beginning of the year. I told him I’m already coaching my sons, at their school, not tennis, mathematics and stuff like this.

Tsitsipas making a strong progress at the French Open

On Wednesday, No. 5 seed Tsitsipas handed a straight-set defeat to world No. 12 Andrey Rublev to make his maiden semifinal at the French Open.

“First of all, I would like to tell you that I’m not a NextGen player any more. I’m a proper adult (smiling),” Tsitsipas acknowledged after beating Rublev, per Max Gao. “Second of all, for sure it’s going to come at some point.

I mean, let’s face it. Yeah, the big three have been there for a long time. I don’t feel like it’s going to be the same five, six years’ time, I believe. “Third of all, I’m happy to be playing well enough, also be part of something so special.

I don’t know, NextGen is not NextGen anymore. We are all young. I guess you can call it that way.” Thiem captured his maiden Grand Slam title at this past US Open and now Tsitsipas is aiming to become a new Grand Slam champion at the French Open.

“Dominic inspires me a lot. What Dominic has achieved is amazing. Being able to have back-to-back finals here at Roland Garros is truly inspiring. Dominic is someone that makes me understand the game & makes me want to push even further to reach what he has reached”.

“He has an all-around game. He’s really a complete, all-around player. I think he’s one of the hardest-working guys out there.”

Fri Oct 9 , 2020
Roger Federer hasn’t been seen on the court since January when he suffered a season-ending knee injury. from Daily Express :: Tennis Feed https://ift.tt/2SHRrfc Source of the article 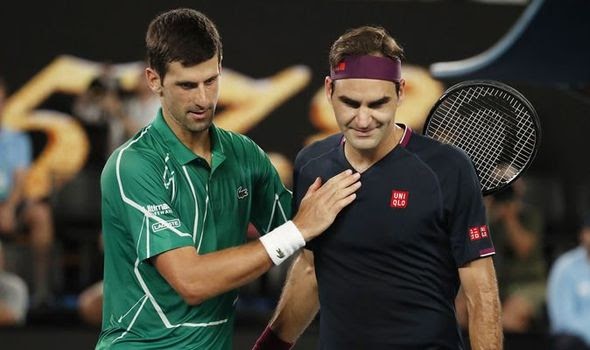