Steve Bruce urged Newcastle to become less wasteful in possession after they fell to a 2-1 defeat to Leicester.

Newcastle’s run of games without a win in the Premier League extended to five after goals from James Maddison and Youri Tielemans condemned them to defeat at St James’ Park.

They are still several points clear of the relegation zone, but Bruce knows they will have to become more clinical on the ball and especially up front to ensure they don’t slip further down the table.

“We gave the ball away cheaply on both occasions and Leicester punished us,” he told Sky Sports.

“The one thing you don’t want to do when you are having arguably your best spell after half time is give the ball away. It’s something we have to improve on.

“We just lacked that bit of quality in the final third.

“I have to think even though we only took one point [over the Christmas period], it was always going to be tough and thankfully we are getting a few back from the illnesses. I can’t fault the players’ efforts.

“I didn’t think we deserved to lose the game but we have been punished and caught on the counter attack. It’s what we want to do but we keep getting caught the other way.

“You have to stay with it, there’s a long, long way to go but if they keep showing the attitude they have been doing, they will be fine.”

Bruce given something to think about

Newcastle threatened to come back into the game when Andy Carroll scored his first goal for the club since returning in summer 2019.

It ultimately wasn’t enough for a comeback. But Bruce was pleased with the impact the man he had sent on as a substitute made.

“Great finish, yeah,” he said. “Andy certainly brought us to life. We went a bit more direct to him.

“He has given me food for thought. It’s nice to see him fit and well.”

Bruce’s attention will soon turn to their next game, against Arsenal in the FA Cup next weekend.

He will have to juggle that preparation with transfer activity now that the January window is open. But he admits it could be a quiet month in terms of recruitment.

“If there are one or two out there in the loan system then we will try,” he said.

“I can’t see there being much transfer activity in January if I’m being brutally honest and that will be the same for us probably.

“We need to recover and it gives them another two or three days for those struggling with illness and look forward to the next batch of games that are coming up.”

Sun Jan 3 , 2021
Alaves vs Atletico Netted late winner after missed chances Luis Suarez celebrates Endika Portillo Atletico Madrid endured a tough afternoon at Mendizorroza as they were made to work hard for their win over Alaves. Luis Suarez set up the first goal and scored the second late on to secure all three […] 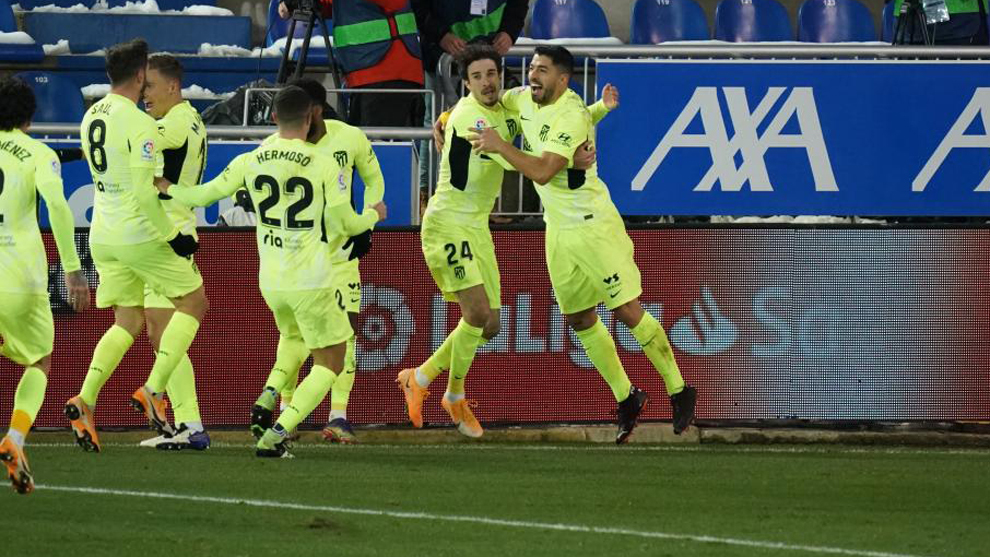