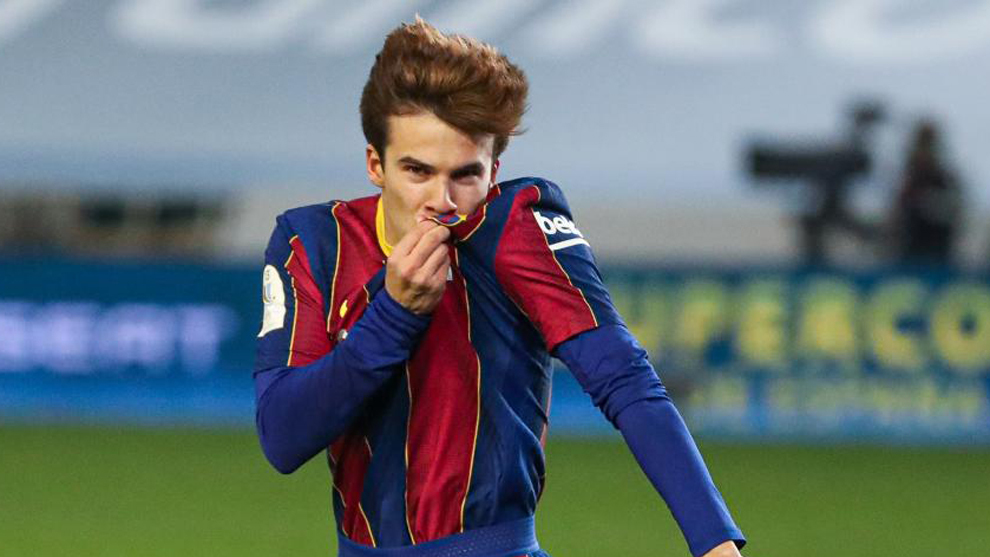 Riqui Puig celebrated his penalty that put Barcelona into the Supercopa de Espana final by looking up to the stands and kissing the badge on his shirt. A clear message: I’m going nowhere.

The young midfielder has a lot going for him – his talent, confidence, personality, potential – but he is struggling for playing time and has failed to convince multiple coaches.

It has been well documented that Ronald Koeman showed him the door in the summer, but Puig was determined to stay and moments like Wednesday night in Cordoba prove why.

After helping Barcelona overcome Real Sociedad, the 21-year-old once again reiterated his desire to stay at the Camp Nou, no matter what.

“I’ve never lost my smile, I’m a happy guy. Even though I’m not playing things are going well, I have my family, my health and I can have no complaints,” said Puig.

“If Ronald gives me minutes I’ll be grateful and make the most of it, and if not I’ll keep working.

“I’ll never give up, after so many years at the club and the effort I’ve made to reach the first team, and now I’m here I’m not giving up now.”

Puig is prepared to wait and take any chances that come his way. That approach paid off on Wednesday when he volunteered to take the fifth and ultimately decisive penalty.

It is also worth bearing in mind that with presidential elections around the corner, a managerial change in the near future might be something that Puig benefits from.

The academy graduate and lifelong Barcelona fan has his detractors but many fans as well, and it’s no secret that Xavi Hernandez is one of them.

Thu Jan 14 , 2021
Derby are ready to sell exciting Leeds-linked duo Louie Sibley and Jason Knight due to their ongoing financial problems, according to a report. The Rams are in the midst of a takeover bid by Sheikh Khaled’s Derventio Holdings. However, the move has stalled and the money from the proposed deal has […] 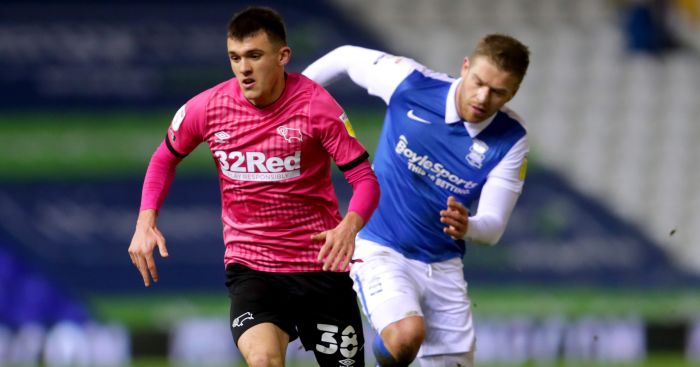