James Milner described Roberto Firmino as the “unluckiest man alive” after seeing the Liverpool forward fail to find the back of the net until the 86th minute in their 3-0 win over Leicester City in the Premier League.

Jurgen Klopp’s side were leading 2-0 at half-time thanks to a Jonny Evans own-goal and a fine header from Diogo Jota, who has continued his strong start to life at Anfield.

Firmino, who took a game-high six shots across the 90 minutes, then hit the post twice in the second half before finally heading home the Reds’ third goal with less than five minutes to play.

That goal was Firmino’s second strike in the Premier League this season with Milner glad to see the Brazilian rewarded for his good work in the final third.

“Bobby is the unluckiest man alive for the first 80 minutes. He deserved his goal. He was outstanding,” Milner told Sky Sports post-match.

“First half very good, second half not as good. There were a lot of miles in the boys’ legs with internationals. We kept the ball pretty well and took the sting out of it.

“It’s hard to get that rhythm with all the international breaks but it’s a long wait until the next one.

“It’s impressive we’ve kept it [their unbeaten home run] going without the fans. Hopefully we can keep it going until they can come back.”

On making a rare start for Liverpool this season, Milner added: “I want to start as many games as I can – I know that won’t be every game these days.”

While Firmino got a deserved goal late in the match, Jota gave the Reds some earlier breathing space as he continued his record run of scoring in his first four home league games for the club.

The Portuguese star is loving life at Anfield and is determined to continue making an impact.

“Playing in this team, world champions, means a lot, I just wish we can keep winning matches and I can be important as well, of course,” Jota told Match of the Day.

“We did a great job, offensively, creating chances, as well as defensively. In the end it was a great match.

“Every squad feels the same, everyone can be important, we need everyone physically and mentally ready to help us. It is three points, but they were there near the top, on Wednesday we go again.”

Sun Nov 22 , 2020
A 2-0 defeat to Tottenham leaves his side in the bottom half of the table after taking just 12 points from opening eight games Manchester City boss Pep Guardiola has warned that his side must be careful as they look to work Sergio Aguero back into the team. City have made their […] 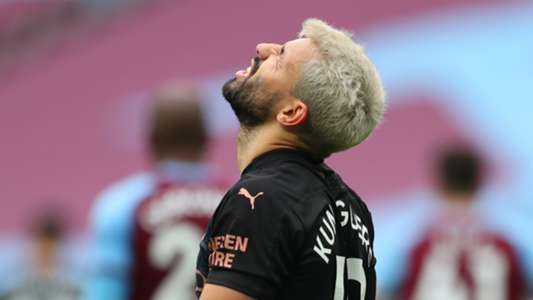