Frank Lampard is hoping that he can find a settled Chelsea defence after the partnership of Thiago Silva and Kurt Zouma impressed in the 4-0 win over Crystal Palace.

Silva, signed on a free transfer from PSG, worked well in a new-look backline that featured fellow new signings in goalkeeper Edouard Mendy and left-back Ben Chilwell, alongside Zouma and Cesar Azpilicueta.

It was the first clean sheet for Chelsea in the Premier League this season in five attempts and it comes after the Blues conceded 54 league goals last term.

Lampard says he is searching for a more settled defence than last season when the club conceded the highest number of goals since Roman Abramovich bought the club in 2003.

“I am really pleased with the clean sheet for everybody involved,” Lampard said at Stamford Bridge. “Not just the goalkeeper and the back four but the whole team. We didn’t give a really dangerous team away from home any chances to score which was great for the focus of the team.

“Yes, Thiago and Kurt looked very good, very composed. With Thiago, he has great experience and we saw that. It is still early days in terms of fitness, so let’s see how that partnership works but I want to find some sort of stability in the back four, of course, you do.

“It needs some competition and those two showed how well they can do it but that needs to continue.”

Roy Hodgson’s Palace side are known to be dangerous on the counterattack and at set-pieces, and have produced high-profile upsets in recent times, including a win over Manchester United already this season.

Indeed, they competed well with Chelsea in a scoreless first half before their collapse in the second half. Lampard was heard shouting ‘move it quicker’ in a drab first half and he continues to send a message that his side are still learning to gel after seeing six new signings arrive this summer for a total spend of around £220 million ($275m).

“There’s always a big eye on Chelsea as a club and, of course, we brought in players over the window and I understand everyone wants to see it straight away that we come together,” he added.

“It is just not the way that football works. What you saw in the first half was control of the game but I felt in the final third, especially in the middle of the pitch, was a little bit slow. It allowed a team as well organised as Palace to just deal with us for most of the first half.

“In the second half, we found Ben Chilwell quicker; we found balls between the lines, we were prepared to go one-on-one with defenders. Those are the things that are going to grow, that’s something that I have to drive.

“The players will get better with each other and learn the movements that I want them to make and I think we saw a little snippet of that in the second half but there’s a lot of work to do on that.

“As much as I won’t get too down as some seem to be after the West Brom and Tottenham games, I won’t get too high either. There’s a lot of work to be done but today, we saw some nice signs.”

'We lost the plot!' - Klopp admits Liverpool made 'the wrong type' of history in Villa defeat

Sun Oct 4 , 2020
The German coach believes his side lost their way early on in a surprisingly big loss Liverpool manager Jurgen Klopp declared his team “lost the plot” after conceding inside four minutes against Aston Villa in a 7-2 loss on Sunday in the Premier League.  The Reds conceded four first-half goals with Ollie […] 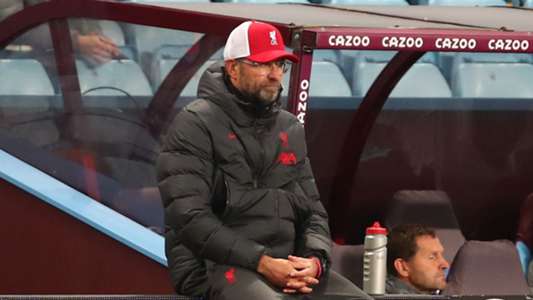