Dominic Thiem is one set from claiming his first Nitto ATP Finals title after taking a 6-4 lead against Daniil Medvedev on Sunday.

The 27-year-old saved two break points in his first service game of the match before breaking the Russian at 2-2 when Medvedev let slip a 40/0 advantage and hit his third double fault.

Thiem leads the pair’s FedEx ATP Head2Head series 3-1. Their most recent clash came in the semi-finals of the US Open, where the Austrian triumphed in straight sets. Medvedev is in his best form of the year though, following his Rolex Paris Masters title. The Russian has won nine consecutive matches, including six against the Top 10. Before Paris-Bercy, he had not beaten a Top 10 opponent all year.

Medvedev is known for his nearly impenetrable defence, but he showed early on that he wanted to control play from the baseline, stepping inside the court to try to keep Thiem from unleashing his powerful groundstrokes. The World No. 4 attacked Thiem’s forehand to try to stop the Austrian from playing from the ad court.

But at 2-2, Medvedev let slip a 40/0 advantage, including a missed overhead, to concede the break. Thiem battled back from 15/30 as he served out the set and clinched the opener with a forehand passing shot that clipped the net.

Thiem has taken another step forward this season, reaching his first hard-court Grand Slam final at the Australian open and lifting his first major trophy at the US Open. Now he is trying to claim the season finale crown one year on from losing a final-set tie-break in the championship match at The O2 against Stefanos Tsitsipas.

Medvedev went winless on his tournament debut in London last year. But he is now trying to become the undefeated 2020 champion. The Russian can become just the second player in Nitto ATP Finals to go winless in his debut and lift the trophy the next year (Novak Djokovic, 2008).

Both Medvedev and Thiem defeated Djokovic and Rafael Nadal this week, marking the fourth and fifth time a player beat the two legends at the Nitto ATP Finals in the same year. If Medvedev emerges victorious Sunday, he will become the first to defeat the top three players in the FedEx ATP Rankings at the season finale. That has only happened three times at a single event since the start of the ATP Tour in 1990.

Sun Nov 22 , 2020
The Ivory Coast international left his team a man short for most of the second half after his headbutt on Ezgjan Alioski Arsenal head coach Mikel Arteta has insisted there are no excuses for Nicolas Pepe’s red card, and accused the forward of letting his team-mates down. The Gunners were forced […] 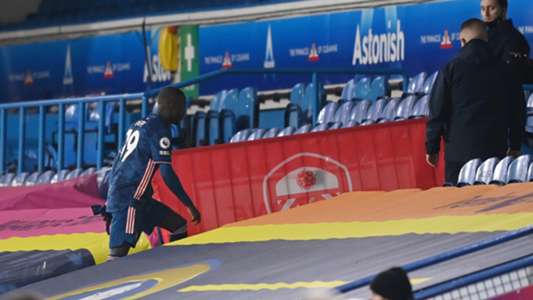