Noko Matlou has expressed her delight after joining Eibar from Sasol Women’s League team Maindies FC on a one-year deal.

The newly-promoted Spanish side had announced the signing of the Banyana Banyana star from the South African outfit on Monday.

The striker-turned-defender has previously starred for domestic clubs like Development Ladies, Brazilian Ladies and the University of Johannesburg before teaming up with Maindies.

Matlou has made over 150 appearances for Banyana since her senior debut in 2006 and became the first South African to be named African Women’s Footballer of the Year two years later.

She will now aim to excel with Jon Gallego’s team after finally fulfilling her dream of becoming a full professional at 35.

“I’ve been looking forward to playing overseas for a long time, but here I am, getting the opportunity at an old age, but I’m happy,” Matlou told South African broadcaster Eyewitness News.

“I’ve worked hard and I deserve it. Look back at the World Cup, Africa Women’s Championship, Cosafa Women’s Cup, I think I’ve done well for my country and myself, so this is the reward.

Despite concerns over her fitness with months out of action as a result of the coronavirus lockdown, she acknowledged the challenges of training alone, but assured she will be ready in time for the task ahead.

“I’m looking forward to establishing myself and making a name for myself and my country,” she continued.

“Covid-19 has made it tough for us to train as athletes, but we kept working behind the scenes because we knew there were great things ahead.

“I’ve been working hard. I’m ready for the new journey.”

Having completed her move, she will be hoping to earn her maiden appearance for Eibar when her side take on Levante on Saturday.

Wed Oct 7 , 2020
He didn’t make Luis Enrique’s XI, but Adama Traore came off the bench in the 62nd minute on Wednesday evening to finally make his Spain debut. The Wolves forward had been made to wait after injury prevented him from debuting last November and the coronavirus stood in his way last […] 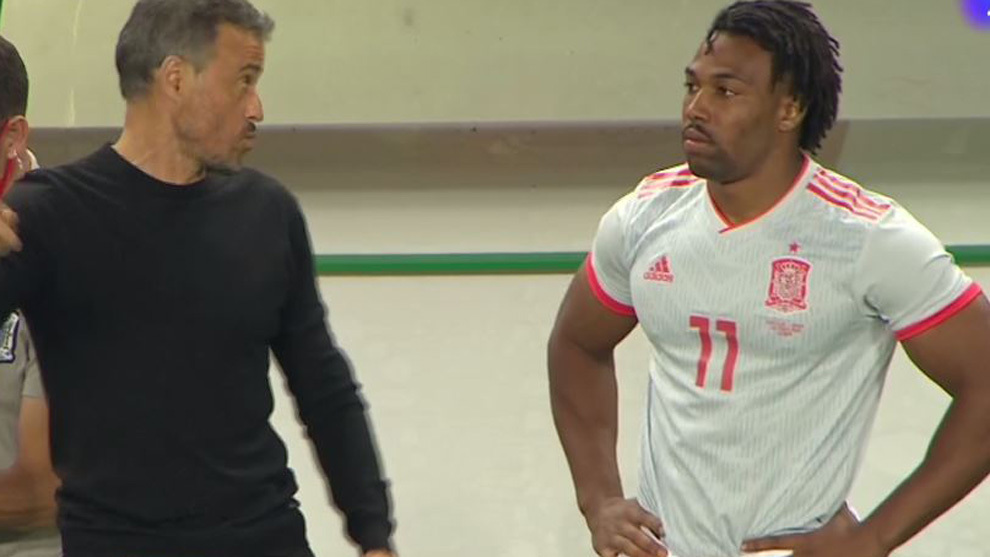