First held in 1972, the Rakuten Japan Open Tennis Championships is the longest-running tour-level event in Asia and the only Japanese stop on the ATP Tour.

The tournament would have been held this week if not for the COVID-19 pandemic.

ATPTour.com looks at five things to know about the ATP 500 event.

A Legendary Honour Roll
Across 48 editions of the event, the singles tournament has been won by 11 players who have reached the World No. 1 position in the FedEx ATP Rankings. Those men have combined to win the tournament on 17 occasions.

Edberg also won the 1991 doubles title in Tokyo, alongside two-time doubles champion Todd Woodbridge (1991, ’96). Andy Murray is the only other former singles World No. 1 to have triumphed in doubles in the Japanese capital. The Brit claimed the 2011 crown with his brother, former doubles World No. 1 Jamie Murray.

Big Four Brilliance
Tokyo is one of only eight tour-level events where each member of the ‘Big Four’ — Roger Federer, Rafael Nadal, Novak Djokovic and Murray — has lifted the singles trophy. Federer was the first Big Four star to lift the Tokyo title, winning the event in 2006 on his only appearance at the Ariake Colosseum.

Nadal won his opening nine matches in the Japanese capital, taking the crown in 2010 before falling in the 2011 championship match to Murray. Djokovic completed the Big Four sweep in Tokyo last year, winning each of the 10 sets he contested to capture the trophy on his maiden tournament appearance.

Kei Ends 40-Year Wait
The inaugural Rakuten Japan Open Tennis Championships was decided by an all-Japanese final in 1972. Forty years later, Japan produced its third home finalist at the event. Following in the footsteps of inaugural champion Toshiro Sakai and runner-up Jun Kuki, Kei Nishikori rallied from a set down in his opening two matches and defeated 2008 champion Tomas Berdych and Marcos Baghdatis to reach the championship match.

With a three-set victory against Milos Raonic, Nishikori captured his first ATP 500 crown and became the second Japanese singles champion in tournament history. Two years later, Nishikori added a second Tokyo trophy to his collection with another three-set final win against the big-serving Canadian.

Another Japanese Milestone
Nishikori may have ended Japan’s wait for a second home singles champion in 2012, but another milestone was reached at last year’s event. For the first time since 1972, two Japanese players reached the Tokyo quarter-finals in 2019.

Taro Daniel entered the ATP 500 with a 0-4 record at his home event, but the wild card overcame second seed Borna Coric and Jordan Thompson to book his place in the the last eight. Daniel was joined by Yasutaka Uchiyama who, at his seventh attempt, advanced through qualifying for the first time and played with confidence in the main draw.

The Tokyo resident, who had played in the main draw twice before, upset fourth seed Benoit Paire in straight sets and beat Radu Albot to reach the quarter-finals. For 1988 quarter-finalist Shuzo Matsuoka, who runs a Japanese tennis camp for kids aged 10 to 18, the milestone moment had been a long time coming.

“I’m always dreaming [of this]. That’s why I started helping with the juniors 20 years ago,” said Matsuoka. “All the men’s tennis [in Japan] is coming together like one.”

Novak’s Greatest Fan
Fans in Tokyo are known to be some of the most passionate supporters on the ATP Tour. During Djokovic’s debut appearance at the ATP 500, the five-time year-end World No. 1 met Japanese fan Iori Yoshida, who moved to Serbia for four years after watching his idol rise to the top of the FedEx ATP Rankings in 2011.

Yoshida learned to play tennis and speak Serbian during his time in Djokovic’s home country, hoping that one day he would meet his idol. That dream became a reality in Tokyo, after Djokovic spotted Yoshida on YouTube and invited him to the tournament.

“It was a truly remarkable experience, one that really fills my heart with joy and happiness. Seeing the passion he shared while we were together was fascinating,” said Djokovic.

Mon Oct 5 , 2020
The left-back is the club’s third signing of the summer and will provide competition for Shaw. Manchester United have confirmed the signing of full-back Alex Telles on a four-year deal with the option for a further year. The 27-year-old underwent a medical at the club’s training ground on Monday after […] 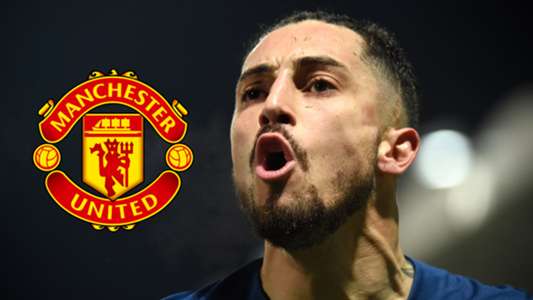