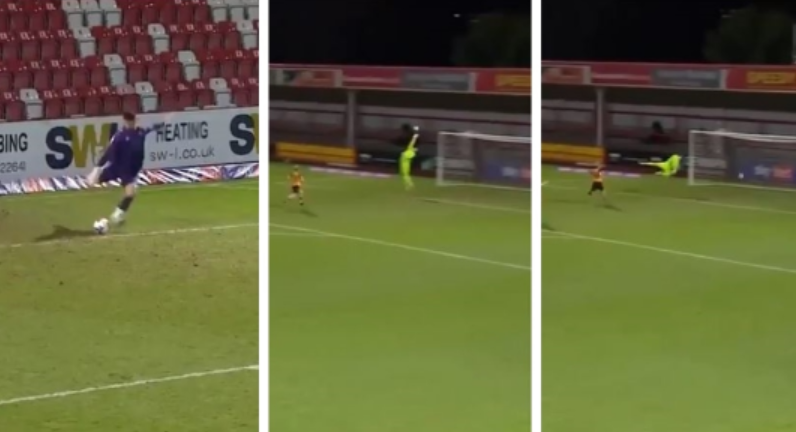 Welsh goalkeeper Tom King scored the longest goal in the history of football for Newport County against Cheltenham Town on January 19.

From a goal kick, the Welsh international, assisted by strong winds on the night, managed to loop the ball over Joshua Griffiths via a couple of bounces to set a new Guinness World Record.

The goal breaks the previous record set by Bosnian goalkeeper Asmir Begovic, whose strike in 2013 for Stoke City against Southampton was set at 91.9 metres.

King’s effort now takes his place in the record breaks, as it was measured at a distance of 96.01 metres.

Newport County are known for the somewhat spectacular, having defeated Championship outfit Watford in the League Cup and, in 2019, managed to knock Premier League giants Leicester City out of the FA Cup.