Manchester United had identified Chelsea’s Emerson Palmieri as a last-minute plan B in case they could not sign Alex Telles on deadline day.

That’s according to Fabrizio Romano, who told the Here We Go podcast that United were considering a late swoop for Emerson.

The Italy international has struggled to establish himself as Chelsea’s first-choice left-back since joining from Roma in January 2018. To address this, Chelsea signed Ben Chilwell from Leicester over the summer.

Man Utd also found themselves in need of a new left-back in order to provide sterner competition for Luke Shaw and Brandon Williams.

They eventually got their man by bringing Telles in from Porto. United took advantage of the Brazilian being in the last year of his contract to acquire him for a relatively modest fee.

Telles amassed a wealth of experience during his four years with Porto, where he won two league titles and two cup competitions.

However, United left it late to bring him to Old Trafford. It took them until deadline day to complete the deal.

Therefore, they had to have alternatives in mind in case their pursuit of Telles did not go to plan. And according to respected transfer reporter Romano, Emerson was an option.

Chelsea wanted to make space in their squad by getting rid of one of their left-backs after the arrival of Chilwell. Emerson was likely to be the one to make way, with plenty of rumours about a return to Italy.

The 26-year-old was reportedly a target for former Chelsea boss Antonio Conte at Inter Milan, while Juventus were another admirer.

He was also suggested as a potential option for West Ham, who could have offered him more gametime without having to leave Londion.

However, Emerson could have made a move to a different Premier League club. United had identified him as their plan B in the event of the Telles pursuit cooling.

Eventually, there was no need for the Red Devils to switch targets, as Telles put pen to paper on a four-year contract. 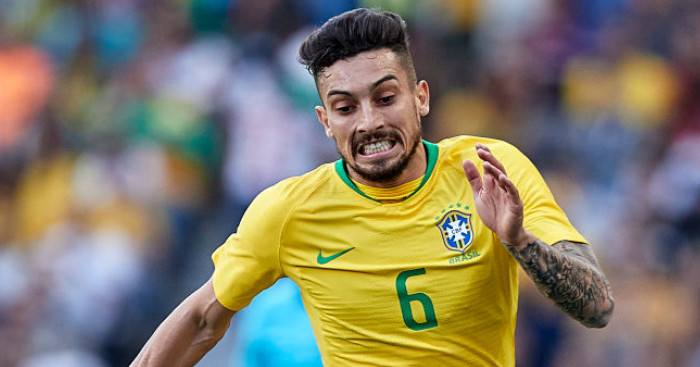 When the move became official, Telles told ManUtd.com what he wants to achieve at Old Trafford.

“To join a club with the prestige of Manchester United is a huge honour,” the Brazilian said.

“You have to work hard to get to this moment in your career and now I am coming to this club, I can promise that I will give everything in my heart to be a success here.

“I won many trophies at FC Porto and I want to continue that at United. The manager has a clear plan and direction for this team and I can’t wait to pull on the famous shirt.”

Stephen A. Smith: "There is no gap between LeBron James & Kevin Durant"