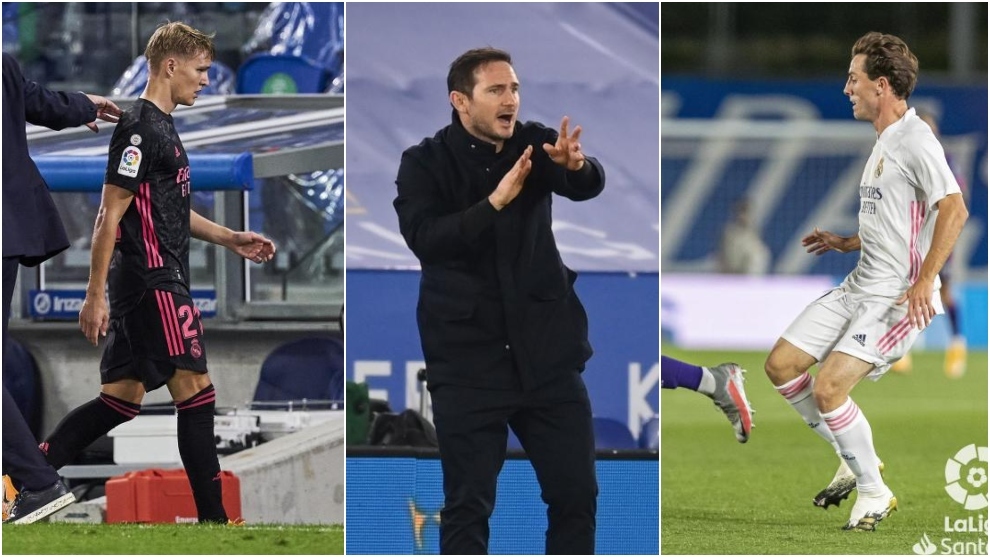 Hello and welcome along to this Thursday’s transfer market live blog.

Here, we’ll bring you the latest news and updates from the market as we approach the end of the January window.

According to The Mirror, one of Jurgen Klopp’s priorities for Liverpool is Nicolo Barella. Yet this could be for the summer and not this market. Liverpool are also said to want David Alaba, even though he is expected to join Real Madrid.

Even though he’s not playing much for Real Madrid, Alvaro Odriozola has suitors across Europe. According to ABC, PSG are interested in the Basque right-back. Athletic Club are also said to be intrigued since Marcelino likes attacking full-backs.

Arsenal already have a Real Madrid loanee in the form of Dani Ceballos, but Sky Sports are reporting that they want to bring in Martin Odegaard too. They say it’s the second time they’ve tried for the Norwegian.

Frank Lampard is under pressure and the English press are already looking at who could replace him. According to The Guardian, Thomas Tuchel, Julian Nagelsmann and Ralph Hasenhuttl are options. Ralf Rangnick could also be a short-term option while they wait for Nagelsmann. Massimiliano Allegri could also be considered.