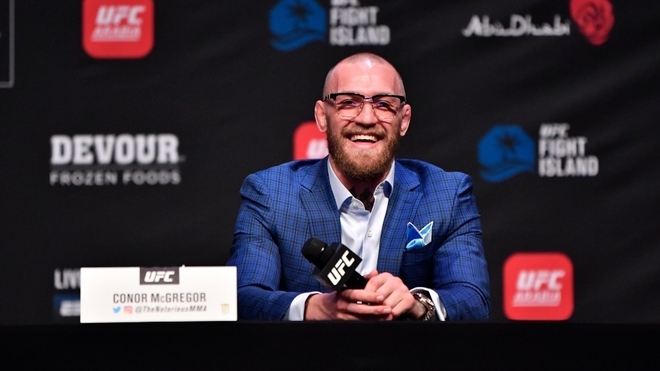 UFC Irishman hits out ahead of UFC 257

Conor McGregor had some strong words for Khabib Nurmagomedov in the build-up to UFC 257 on Wednesday.

The Irish fighter accused ‘The Eagle’ of avoiding him and called for action to be taken if he continues to do so.

“As long as we fight again, there’ll be no issue. That’s it. If he continues to run, I’m not sure, we’ll see what happens,” he added with a thinly-veiled threat.

McGregor faces Dustin Poirier in UFC 257 in Abu Dhabi this weekend, a clash he is feeling confident about.

Nurmagomedov meanwhile retired in October with an undefeated record, but UFC haven’t ruled out his possible return.