Uganda Premier League champions Vipers SC will open their 2020/21 campaign at home to newcomers Myda FC according to draft fixtures released on Friday.

The new season’s tentative date for kick-off remains Thursday, December 3. Thirteen-time league champions KCCA FC, who lost last season’s title to Vipers, will be in action away to Soltilo Bright Stars in the day’s only other game.

However, the venue for the KCCA-Bright Stars game is yet to be confirmed as the latter need to confirm their home ground.

According to the league Secretariat, the games are subject to change depending on the “television schedule and fulfillment of Fufa Licensing requirements by UPL clubs for the 2020/21 season.”

Meanwhile, Sports Club Villa will begin their campaign by visiting top-six rivals BUL FC on Friday, December 4, 2020, at 4:30. It will be the first time Villa face BUL on the opening day since their promotion to the Uganda Premier League.

Villa’s first home game of 2020/21 will be against Mbarara City FC while the first Kampala derby of the new season will take place in mid-December when Villa host KCCA 11 days later, after visiting URA FC on December 12, 2020.

Busoga United and newly promoted Kitara FC who are yet to submit minimum requirements as per the Fufa Club Licensing Committee report have been left out of the draft fixtures.

SC Villa, URA, Mbarara City, BUL, Soltilo Bright Stars, and UPDF are part of the draft but have no home grounds.

The initial date to kick-off the league was on October 17 but it was postponed to December 3 owing to Covid-19 logistical issues.

“As Fufa, we are keen on making decisions to ensure everyone is safe, and it is the reason why we are pushing the starting dates by 30 days,” Fufa revealed on why they had postponed the kick-off date.

Gbamin in the last phase of his recovery – Everton manager Ancelotti

Sat Nov 21 , 2020
The midfielder has been limited to two appearances since teaming up with the Toffees and is now close to returning to action Everton manager Carlo Ancelotti has revealed Jean-Philippe Gbamin is in the last phase of his recovery from a hamstring problem. The Ivory Coast international teamed up with the […] 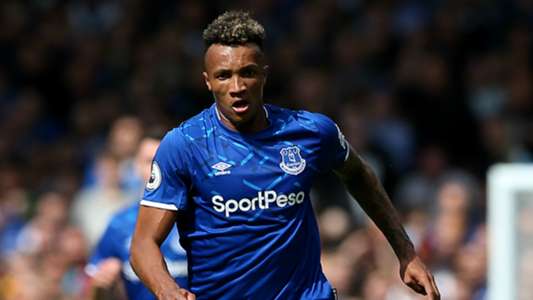