Selangor have been showing improvements under Michael Feichtenbeiner, but one chink in their armour has been painfully obvious to their opponents.

Selangor’s round 10 Malaysia Super League clash against PDRM FA on Saturday produced the joint-biggest thumping of the season, with the Red Giants returning to winning ways with a 7-0 thumping of the hosts.

A brace each by Ifedayo Olusegun (19′, 74′) and Sean Selvaraj (26′, 33′), and goals from Brendan Gan (69′), Safuwan Baharudin (80′) and Rufino Segovia (83′) against the already-relegated Cops have assured the struggling outfit of another season in the top tier.

But despite the massively one-sided scoreline, there was a period in the match where it seemed that PDRM could have turned things around. Perhaps due to their high pressing play in the first half under caretaker head coach Michael Feichtenbeiner which they could not sustain for a prolonged duration, they started the second half shakily. The Cops, who were trailing 3-0, came at them strongly, seeking to pull one back, which they would have succeeded had it not been for the confident goalkeeping of Khairulazhan Khalid.

A much better team would have been able to capitalise on Selangor’s post-interval dip, which is exactly what had transpired in their previous match. Despite having gone in front comfortably 2-0 at the break against UiTM FC (their first match under Feichtenbeiner) last week, they would go on to meekly concede three goals within around 15 minutes after the second half kick-off, and only salvaged a point thanks to a last-minute penalty.

Thankfully, against PDRM, they managed to weather the hosts’ resurgence with the help of fresh legs, to score four more goals, as well as to record only their second cleansheet and third win of the season.

The German trainer admitted to the existence of this particular chink in their armour, in the post-match press conference.

“I’m happy with the players’ performances, who did well in the first half, just like they did last week. They scored some nice goals in the first half, only the 15-minute period after the restart that I’m unhappy with. But when they managed to score again did we manage to find our rhythm and style again to create and then convert our many chances.

“I’m also happy that we’ve scored 10 goals in the two games under me, because I prefer attacking, transition football. Slowly the players are believing in it and it’s a nice style of football for the offence players,” noted the former MPPJ FC head coach.

Curiously enough, he could provide no particular solution to this woe, when asked by Goal.

“I agree with you. We will face problems in this 15-minute period when playing against strong teams when they can score one or two goals, like what happened last week (against UiTM). At the moment, I don’t have the one simple solution that I can tell you.

“Maybe it’s a mental or physical problem at the moment and I will discuss it with the players. But for sure we must find a solution so that we can start the second half well,” noted the club technical director earnestly.

Sun Oct 4 , 2020
The England striker has hit the ground running this season and believes the club has made a vital shift on and off the pitch Dominic Calvert-Lewin believes a number of changes at Everton have resulted in his and the club’s super start to the new season.  The 23-year-old scored again […] 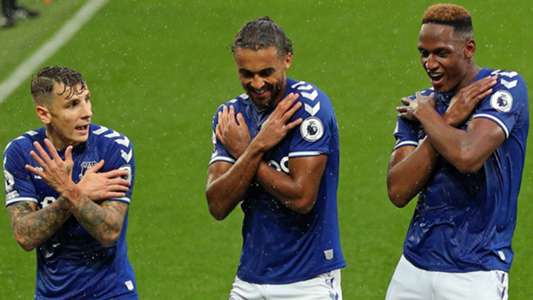