Montreal Impact qualified for the playoffs on decision day and that became their first appearance of that MLS stage since 2016.

Montreal Impact will have to beat their rivals on Friday in order to move from the play-in round. Apart from Wanyama, who has established himself as a key player since he arrived early in the year, manager Thierry Henry will also miss Samuel Piette.

The midfielder is serving a suspension after he received a red card in Montreal Impact’s 3-2 win over D.C. United on November 8.

Wanyama has not travelled back to Canada since he joined his Harambee Stars eammates for the African Cup of Nations double-header qualifier against Comoros. He played in both matches where Kenya drew 1-1 at home before going down 2-1 in Moroni in the reverse fixture.

“It’s going to be a tough one again,” Henry said ahead of the match according to Tricity News. “That’s the story of our season.

“They are very competitive and aggressive in the right way and Montreal Impact will need to be very ready.”

The Frenchman also claimed his side will go into the showdown as underdogs.

“We need to find a solution to beat them,” the World Cup winner added.

“We’re going to try to concentrate on who is playing and what we can do. Obviously, we are underdogs but we’re going to go there and try to perform. And it doesn’t matter who’s playing.”

Affirming Henry’s underdog claim, Montreal Impact’s striker Romell Quioto stated it is going to be one of their toughest encounters.

“It’s a very difficult team to face,” the Honduran said.

“It’s a team that battles through 90 minutes and the Impact will have to play a very intelligent match and play a full 90 minutes with passion and heart to get a result.”

New England Revolution are going to miss one player, who is yet to be identified, after a positive coronavirus test.

Fri Nov 20 , 2020
The tactician says they will do more in finding ways that will ensure they see off the Nigerian giants in the preliminary round Simba SC head coach Sven Vandenbroeck has revealed ways they are working on in order to ensure they pick up wins against Plateau United in the Caf […] 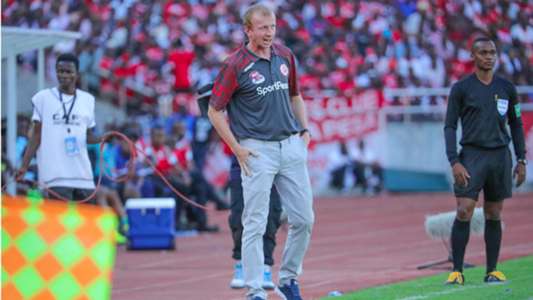