Wayne Rooney has indicated that he would like to take the Derby County manager’s job on a permanent basis.

Rooney has been installed as the Rams’ caretaker boss after Philip Cocu’s sacking.

He will balance his role as player and coach for Saturday’s Championship clash with Bristol City.

But the 35-year-old has left the club in no doubt about his ambition, even with the club sitting at the bottom of the table.

“I wouldn’t be an ambitious person if I sat here and said I didn’t want the job,” Rooney told a press conference. “We all come into this game to play football and then you have a decision to make: do you want to go into coaching or management?

“I’ve made it quite clear over the last few years that my ambition is to go into management, especially when you see the likes of Steven Gerrard (Rangers), Frank Lampard (Chelsea) and Scott Parker (Fulham) all getting good jobs and doing really well at it.

“We have to get the next two or three games out the way first, but if they go well it puts me in a better position to put our names forward for that role.”

“I have worked with some very good managers and possibly the greatest of all time,” he added. “I am not going to say I am going to do it like Sir Alex Ferguson. You have to work with the players you have got and you have to manage players correctly.

“There is an opportunity to show the different ideas that you have. But there are things you can take from other managers.”

Rooney is yet to complete his UEFA A licence or begin his Pro licence, with the disruption caused to last season and this by the pandemic causing a delay in his progress.

But having confirmed he would want the Derby job if offered, Rooney said his qualifications did not need to be a barrier.

“The plan was to have my A licence finished by June and then apply for the Pro licence in July to start (the course) in January coming up, but with what’s happened there’s been a little delay on that.

“I’m still working on finishing the A licence before then applying for the Pro so that’s where I’m at.

“I don’t think it has any effect on anything to be honest. Gareth Southgate was completing his qualifications when he was managing at Middlesbrough and Frank Lampard was doing it at Derby.

“As long as you’re on the right path and putting the work in, that’s not an issue.”

Fri Nov 20 , 2020
Reyna signs new Borussia Dortmund deal that will keen USMNT starlet in Germany until 2025 Source of the article 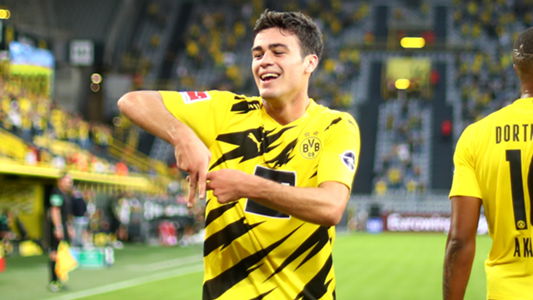