Arsenal may have signed Thomas Partey on deadline day, but they emerged “frustrated” from the transfer window, according to a report.

Ghana midfielder Thomas had been Arsenal’s top target all summer, as Mikel Arteta looked to strengthen his options in the position he once played in himself.

While the Gunners were initially reluctant to meet Thomas’ release clause, they eventually activated it on deadline day to sign him from Atletico Madrid.

However, according to the Evening Standard, a lack of moves in the opposite direction left the club slightly disappointed with their business.

Arsenal managed to loan out Matteo Guendouzi and Lucas Torreira on deadline day, to Hertha Berlin and Atletico Madrid respectively.

Earlier in the window, the Gunners sold Emiliano Martinez to Aston Villa so he could find first team football, and also loaned out Konstantinos Mavropanos to Stuttgart.

But Arsenal would have preferred to have trimmed their squad a little further, before several deals fell through.

Sead Kolasinac was supposed to join Bayer Leverkusen, but the move collapsed.

Similarly, the club were looking to loan William Saliba out again, but his temporary return to Saint-Ettiene did not go through in time.

Furthermore, Arsenal could not find buyers for high earners such as Mesut Ozil, Shkodran Mustafi and Sokratis Papastathopoulos, all of whom are deemed surplus to requirements.

It leaves Arteta with a squad of 31 senior players to work with. Premier League clubs must submit their squads of just 25 players by October 16th.

In a further headache for the club, only 17 of those can be non-homegrown players. They currently have 19 players of that criteria, meaning at least two players will miss out.

Some indication of who is at risk may come from their Europa League squad, which they must confirm by 11pm on Tuesday.

Tue Oct 6 , 2020
The experienced French frontman is not guaranteed regular game time with the Blues and may need a move in the next transfer window Olivier Giroud is prepared to “fight” for game time at Chelsea, but the World Cup winner admits he may need to consider a move elsewhere in the […] 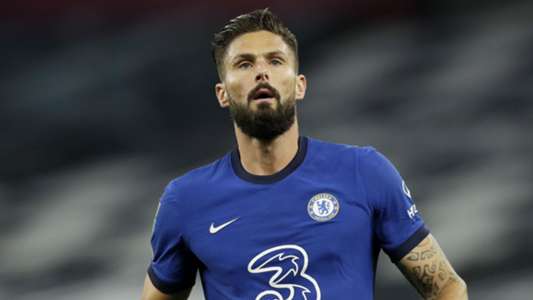