The football world cup is scheduled to kick off on November 21, 2022…

Just two years to go until the next edition of the FIFA World Cup gets underway in Qatar on November 21, 2022. The Supreme Committee for Delivery & Legacy is keeping no stone unturned to offer a unique experience during the first edition of the event to be held in the Middle East and Arab world.

In a first of its kind, the travelling fans will have the opportunity to potentially attend more than one match a day during the group stage, which will feature an exciting schedule with four daily fixtures, as announced earlier this year.

Work is in full swing and the infrastructure planned for the event has reached 90 per cent completion, with three stadiums already been completed – Khalifa International, Al Janoub and Education City. They have already hosted more than 100 matches in 2020 in spite of the COVID-19 pandemic.

The state-of-the-art Doha Metro has been delivered and was successfully utilised by fans during the FIFA Club World Cup Qatar 2019. New roads and the expansion of Hamad International Airport is also going on, which is planned to cater to more than 50 million visitors a year by 2022.

“2020 has surely been a challenging year for the entire world, and football was no exception. Despite the difficulties, steady progress was made in the last few months, showing yet again Qatar’s strong and continued commitment – under the leadership of the Emir (Sheikh Tamim bin Hamad al-Thani), whom I personally thank – to hosting an unforgettable FIFA World Cup in two years’ time, which will no doubt build a legacy long beyond 2022,” said FIFA President Gianni Infantino.

“Besides the very important labour reforms recently announced by the government, progress has also been made on stadium construction, along with the implementation of strict measures to protect workers’ health. During my short visit to Doha a few weeks ago, I witnessed first-hand how well preparations have advanced, and I am looking forward with confidence to Qatar 2022, for the transformative impact it is already having on the country and the region, for the unique experience it will provide fans from all over the world and, of course, for witnessing the best World Cup ever.”

H.E. Hassan Al Thawadi, Secretary General of the Supreme Committee for Delivery & Legacy, mentioned that the state of Qatar will be completely ready for the World Cup well in advance.

“We are immensely proud of the progress we have made over the last ten years. Both tournament and national infrastructure projects are well advanced, with everything on track to be completed well ahead of the big kick-off. Our legacy projects, meanwhile, are already having an impact on people’s lives in areas such as workers’ rights, education and entrepreneurship.”

“This is an incredibly important FIFA World Cup – for Qatar, the region and the world. Qatar 2022 will introduce billions of people to the Middle East and Arab world for the first time, and help to foster a greater understanding and break down stereotypes that people may have of our country and region. We’re very excited to welcome the world in 2022.”

All stadiums are located close to each other and will be linked by easy transport, which should result in short travel times for fans, players and media.

Most importantly, fans need not change their base throughout the tournament. The longest distance between stadiums is 75km (Al Bayt to Al Janoub), while the shortest is just 5km (Education City to Al Rayyan).

In July, it was confirmed that the opening match would be hosted at the stunning Al Bayt Stadium, a 60,000-capacity venue designed to resemble a traditional tent used in the Arab world. While the final will be held at the 80,000-capacity Lusail Stadium on December 18, 2022.

Real Madrid - La Liga: What Zidane must do to take Real Madrid forward

Fri Nov 20 , 2020
Real Madrid – La Liga Inconsistent so far this season Zidane at the Mestalla AFP Toni Kroos told MARCA recently that he believed Zinedine Zidane would find the solution to Real Madrid’s recent problems. Los Blancos have been in inconsistent form this season, with wins over Barcelona and Inter coming along […] 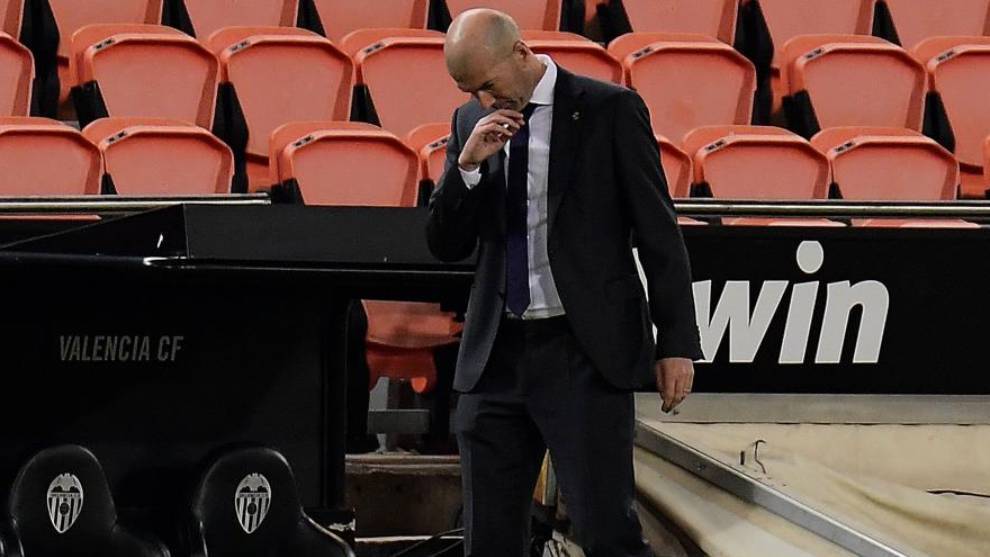