Either side of a competitive second set, Alexander Zverev made quick progress on Friday to eliminate 2018 semi-finalist Marco Cecchinato 6-1, 7-5, 6-3 at Roland Garros.

The 23-year-old won 85 per cent of first-serve points (40/47) and broke serve on six occasions to reach the fourth round in Paris for the third straight year. With his third-round win, Zverev improves to 15-7 at tour-level this year.

The key moment of the match came in the second set on Court Suzanne-Lenglen. Zverev trailed Cecchinato 3-5, but reeled off four straight games to establish a two-set advantage. The German played with aggression on his backhand and moved up to the net well to turn the tables on his opponent and move one set from victory.

Zverev’s second-set escape could prove crucial to his title hopes at Stade Roland Garros. Just two days ago, the 2018 Nitto ATP Finals champion was forced to five sets by Pierre-Hugues Herbert in a match lasting almost four hours. En route to the quarter-finals at this event in 2018 and 2019, Zverev had to survive a combined five five-set matches.

“I am definitely much happier with my game [than against Herbert]. I worked on a few things yesterday. I was very unsatisfied with myself two days ago, but I still won,” said Zverev on court. “So that was more important. I know that with every round I have to play better and better, otherwise I will not have a chance.”

Zverev is aiming to capture his first Grand Slam title in Paris. The World No. 7 is enjoying his most successful year at major championships, having earned his best results at both the Australian Open and the US Open this season.

Zverev advanced to his first major semi-final in Melbourne at the start of the year and finished as runner-up at the US Open earlier this month, with both losses coming at the hands of World No. 3 Dominic Thiem. The 6’6” right-hander owns a 14-2 in Grand Slam matches this year.

Cecchinato entered the contest in fine form, having dropped just one set in five matches from qualifying to reach the third round. In the first round, the Italian upset 25th seed Alex de Minaur in straight sets and backed up the win with a four-set victory against Juan Ignacio Londero of Argentina.

Zverev will need to beat reigning Next Gen ATP Finals champion Jannik Sinner if he is to reach his third straight quarter-final in the French capital. Sinner booked a spot in the fourth round at a Grand Slam event for the first time with a 6-3, 7-5, 7-5 victory against Federico Coria.

“Today was very difficult… I wanted to win in three sets, but it’s never easy against him, he is a very good player, especially on clay,” said Sinner. “He stays there point-after-point, you have to win every point. So about my performance today, I’m quite happy.”

The Italian, who is yet to drop a set in Paris, struck 44 winners to complete a run of three consecutive match wins for the first time since his title run in Milan last November. Zverev and Sinner will be meeting for the first time at tour-level on Sunday.

“I played a great first-round match against David [Goffin], which gave me a little bit of confidence, for sure…. It’s not about winning in straight sets or winning in five sets, obviously it’s better to win in three sets, but I have [to] improve even my performance after three sets, for sure,” said Sinner.

“In the US Open I lost in five sets, so I still have to learn very much about playing Grand Slams. I played one Grand Slam [at the] US Open [and] Australian Open, this is my third main draw, so I’m still young. I can improve everything.”

“[Sinner] is playing incredible. I don’t think he lost a set yet, so he is somebody that is definitely coming up and playing really well right now,” said Zverev. “[He is] somebody who has a lot of power. We will see how the match goes, but I feel like I am playing better and maybe I have a little more experience. But the young guys, they have no fear, no reason to be nervous, so it can go both ways.”

Barcelona: In a double pivot, the best Busquets is back

Fri Oct 2 , 2020
Barcelona New system at the Camp Nou Ronald Koeman has switched things up at Barcelona, bidding farewell to the previously unnegotiable 4-3-3 shape. Ernesto Valverde would occasionally alter to a 4-4-2, but in the last few years the 4-3-3 system has created defensive blackholes and that led to the team’s humiliation […] 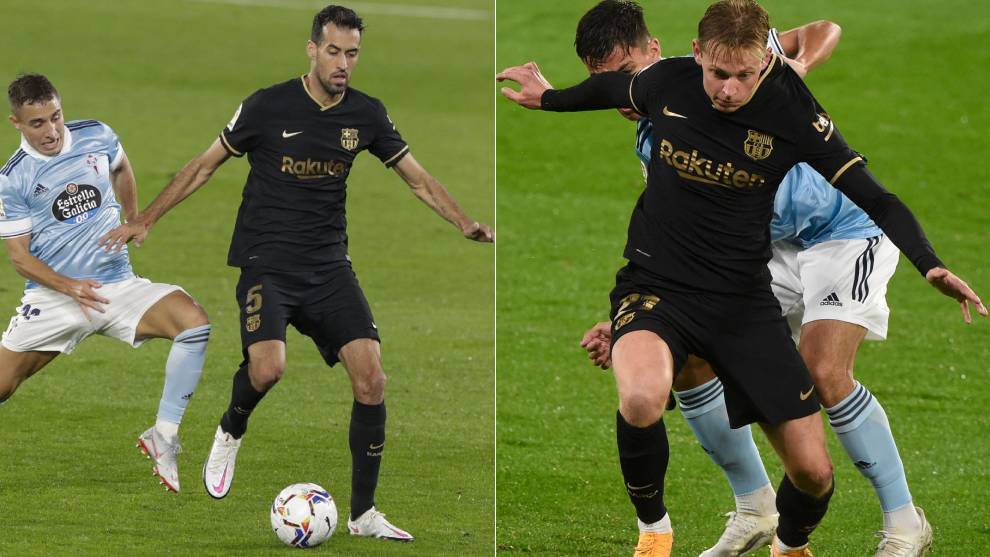